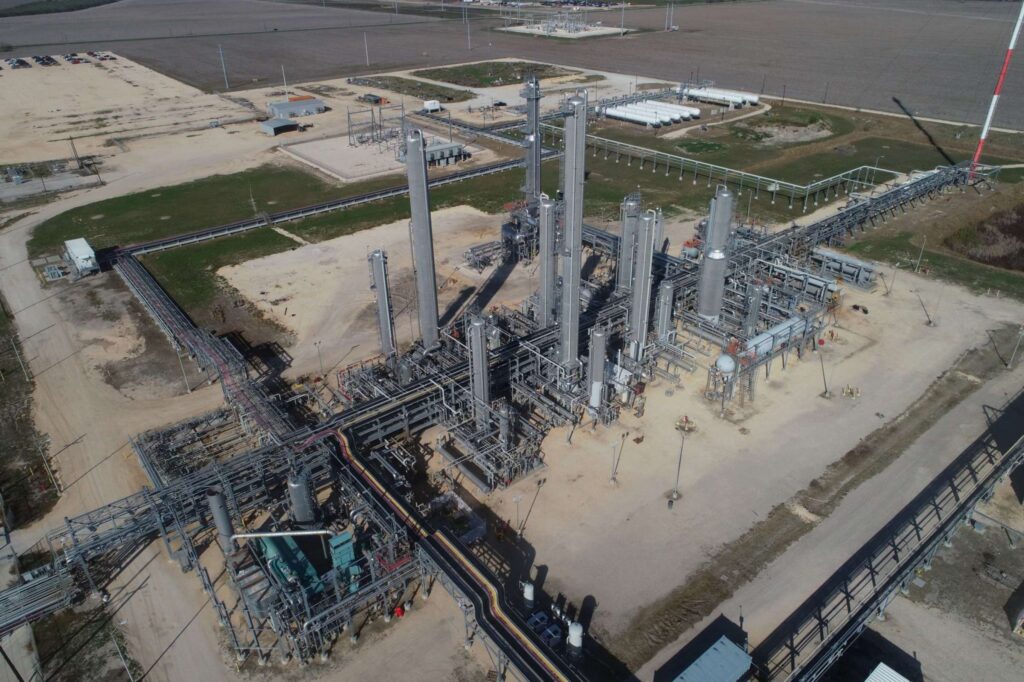 EPIC recently placed into service its 175-mile EPIC Y-Grade pipeline between its fractionator complex at Robstown and a fractionation and storage complex at Sweeny, offering more options to Permian Basin producers. Courtesy of EPIC

There may be hundreds of miles separating the Permian Basin from the Gulf Coast, but traversing that span is increasingly important to Permian producers.

In recent years, billions of dollars have been invested in expanding capacity to take Permian Basin production, whether it was crude, natural gas or natural gas liquids, to the Gulf Coast to take advantage of the surging export market.

The most recent expansion came earlier this month when EPIC Y-Grade announced the completion of its 165-mile pipeline from its Robstown fractionation complex to the Sweeny fractionation and storage complex.

ConocoPhillips, which is set to become the nation’s second-largest producer behind Pioneer Natural Resources when it completes its acquisition of Royal Dutch Shell’s Permian assets, supports additional capacity.

“As a large producer in the area, additional capacity will benefit our operations,” corporate executives told the Reporter-Telegram by email. “We are in favor of any new capacity, whether it is pipeline, processing plants, or fractionation to help with flow assurance and value optimization.”

The Sweeny fractionation and storage complex includes Phillips 66 and Chevron Phillips Chemical. EPIC can transport and fractionate NGL volumes at both Robstown and Sweeny as well as access storage in Sweeny for both Y-Grade and purity products.

At the same time the company was completing this pipeline, it placed in service a 175-mile propane pipeline for delivery and sale of product in Sweeny.

In announcing the completion of its pipeline, Freed said producers from the Permian Basin to the Eagle Ford now have an alternative to Mont Belvieu.

Epic Y-grade Announces Completion of First Greenfield Fractionator, Closing of Strategic Transaction and Expansion of Asset Base to Sweeny, Texas